Lara at Brick Lane asks whether I’m a typical Quaker. Since no two Quakers are alike, I’m typically atypical.

Quakers are members of the Religious Society of Friends (RSoF) – originally, ‘Friends of Truth.’ Although we try to be friendly, we’re not bound to be buddies; it’s more important to respect, listen to and learn from one another. 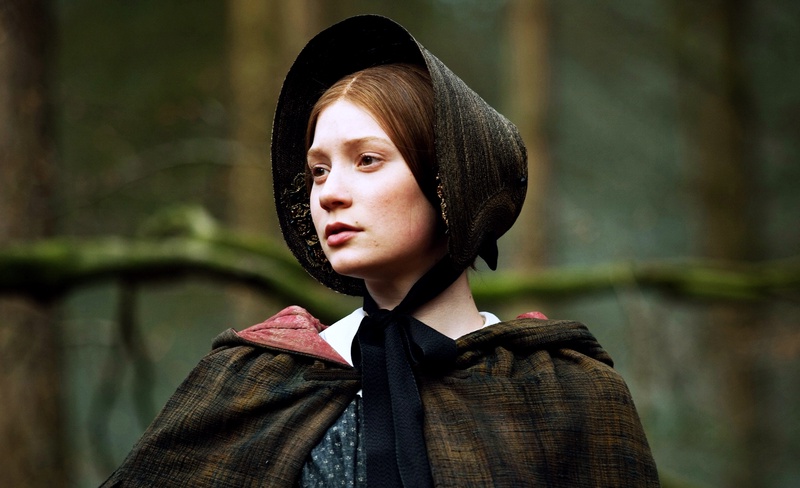 The nickname ‘Quaker’ was adopted in the C17th, when depth of worship was expressed through ‘quaking before the Lord.’ In Meetings for Worship we sit quietly together, try to still our minds, ignore intrusive anxieties – (did I lock the door?) – waiting to hear, with the inner ear, the still small voice. Much like writing! We believe that God is everywhere and in everyone all the time. Many prefer Spirit because we can’t describe or define God; spirit links with breath (respiration) and inspiration.

Your image of a Quaker may be a beaming white-haired man in a broad-brimmed hat (advertising porridge oats, perhaps), or a gentle woman in close-fitting white bonnet, long grey skirt and shawl (which would suit me!). We were once told there were no Quakers in this town as no-one was dressed like that.

My first Quakerly encounter was with Jane Eyre who, summoned to dinner with Mr Rochester, need not alter her dress since, in her ‘usual Quaker trim’ there’s ‘nothing to retouch, being all so close and plain’. Many pages and much tribulation later, she tells her husband: ‘Don’t address me as if I were a beauty; I am your plain Quakerish governess’. In Middlemarch,’ George Eliot clothes super-virtuous (and super-beautiful) Dorothea Brooke in ‘Quakerish grey’. The real Elizabeth Fry appears on £5 banknotes. Her work among women prisoners led to reforms. Disapproved of in her own time, many later Quakers emulate her active concern for Social Responsibility and Equality.

Elizabeth, Dorothea and Jane still influence me. I’m a writer and former social-worker/lecturer. I dress simply, usually in blue but sometimes prefer scarlet, representing the spark of creative energy in which I delight. Art and service, scarlet and blue - essential aspects of my spirit.

You may associate Quakers with Conscientious Objectors, representing our testimony to Peace. This means not only declining military service, but avoiding and preventing violence in any form, including words – particularly relevant to a writer. I’m reminded of the Quaker bride played by Grace Kelly in High Noon, whose sheriff husband must destroy a murderous gang. The film shows her resolve the desperate conflict between love and belief.

We recently shared a morning in the Cathedral with an Anglican priest and some school students. Beginning our introduction to Quaker worship, we asked them to sit quietly for a few minutes, to be still after touring the overwhelming building. They settled at once and the silence was so strong that we were reluctant to break it. Later, I thought I’d failed in trust by expecting them to be restless. They remind me that wide-brimmed hats and little white bonnets are long gone. The future depends on children and young people, full of life and hope, imagination and creativity, living their beliefs.

Am I a typical Quaker? I listen to the still small voice and endeavour to uphold our testimonies to Truth, Simplicity, Equality and Peace. Yes, because I can be no other.